The latest Colonialism Skateboard features a guest board with Dustin Henry. He is from Tr'ondek Hwech'in territory which is located in the Yukon. They speak Hän in that territory and have been living there for thousands of years.

The skateboard graphic commemorates Marlon Brando’s rejection of his 1973 Academy Award for Best Actor for his performance as Vito Corleone in the film, The Godfather.

On March 27, 1973, Sacheen Littlefeather, an Apache and Yaqui actress and then president of the National Native American Affirmative Image Committee, attended the 45th Academy Awards ceremony in Marlon Brando’s place and declined the Oscar for Best Actor on Brando’s behalf. Littlefeather took to the stage in her traditional dress, raised her hand to politely refuse the award, and explained why Brando could not accept the award:

"…He very regretfully cannot accept this very generous award, and the reasons
for this are the treatments of American Indians today by the film industry…and
on television in movie reruns and also with recent happenings at Wounded
Knee. I beg at this time that I have not intruded upon this evening and that we
will, in the future, our hearts and our understandings will meet with love and
generosity. Thank you on behalf of Marlon Brando."

Littlefeather had initially planned to deliver a much longer speech written by Brando but was informed prior to taking the stage that she had 60 seconds to deliver remarks before she would be escorted off. Consequently, Littlefeather read only a portion of Brando’s statement at the Oscars, but the full speech was later published in the New York Times.

In declining the Oscar for Best Actor, Brando wanted people to reflect on the racism that is produced in the film industry and how Hollywood’s negative and toxic portrayal of First Nations has everlasting impacts on Indigenous people, especially Indigenous children. In his full speech, he wrote:

"…the motion picture community has been as responsible as any for degrading the Indian [Indigenous people] and making a mockery of his character, describing his as savage, hostile and evil. It's hard enough for children to grow up in this world. When Indian children watch television, and they watch films, and when they see their race depicted as they are in films, their minds become injured in ways we can never know…I, as a member in this profession, do not feel that I can as a citizen of the United States accept an award here tonight. I think awards in this country at this time are inappropriate to be received or given until the condition of the American Indian is drastically altered. If we are not our brother's keeper, at least let us not be his executioner."

Later that year, Brando participated in a televised interview on The Dick Cavett Show, explaining that Littlefeather’s appearance at the Oscars “was a marvellous opportunity for an Indian [Indigenous person] to be able to voice… [her] opinion to 85 million people,” given that Indigenous peoples’ voices had been ignored throughout the history of the United States. Brando continued to discuss the negative portrayal of, and overt racism toward, Indigenous and racialized populations in the film industry:

“I don’t think that people generally realize what the motion picture industry has done to the American Indian, as a matter of fact, all Ethnic groups, all minorities, all non-whites.” Brando continued: “It just goes on and on and on, and people actually don’t realize how deeply these people are injured by seeing themselves represented…[especially] children….as savage, as ugly, as nasty, and vicious…they grow up only with a negative image of themselves and it lasts a lifetime.”

Marlon Brando’s rejection of the 1973 Academy Award for Best Actor and his disillusionment with the American film industry for perpetuating colonial and racist stereotypes demonstrates what allyship can look like when supporting marginalized and oppressed groups of people. Brando could have attended the Oscars and rejected the award himself, but he understood how valuable it would be to have a First Nations woman project her concerns about the film industry, and the United States’ treatment of Indigenous people more broadly, to the world.
To celebrate these events, the latest Colonialism skateboard graphic depicts Sacheen Littlefeather at the 45th Academy Awards with Brando’s speech in her hands.

The symbolism within the design starting at the tail of the board represents the traditional four seasons (Spring, Summer, Fall, Winter), and at the heart of the four seasons is the Six Seasons of the Woodland Cree (Fall - Tagwagin, Freeze up - Migiskāw, Winter - Pipon, Spring – Sīgwan, Breakup - Minoskamin, and Summer - Nīpin). Encompassing the Six Seasons is Ahkii (Mother Earth in Anishinaabe) and all her Napakawin
(wisdom/knowledge in Anishinaabe) that she shares with us in all the different seasons. The larger arrow at the bottom represents winter.
The circles with triangles inside toward the nose of the board are representations of generations of people learning about the real history of Turtle Island (North America). Decolonizing Turtle Island will take several generations; Ahkii’s children will eventually work together as one but it will take several seasons and generations to decolonize.

Marlon Brando on Rejecting His Oscar for 'The Godfather' | The Dick Cavett Show. (2018, November 12). Retrieved from https://www.youtube.com/watch?v=rcCKczj4aK4 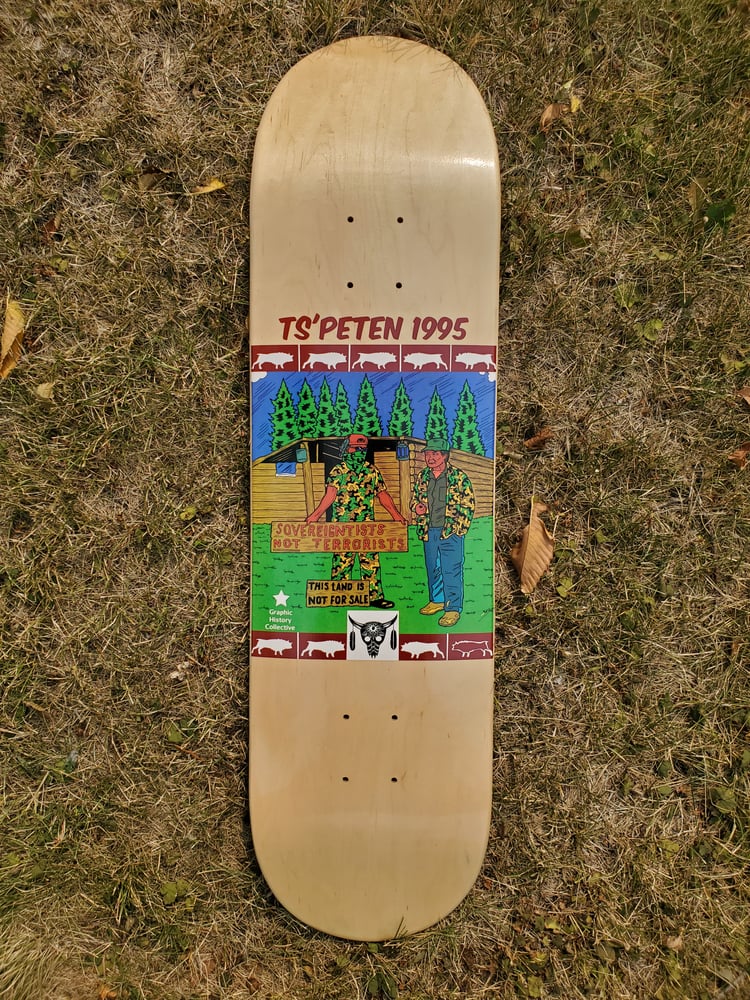 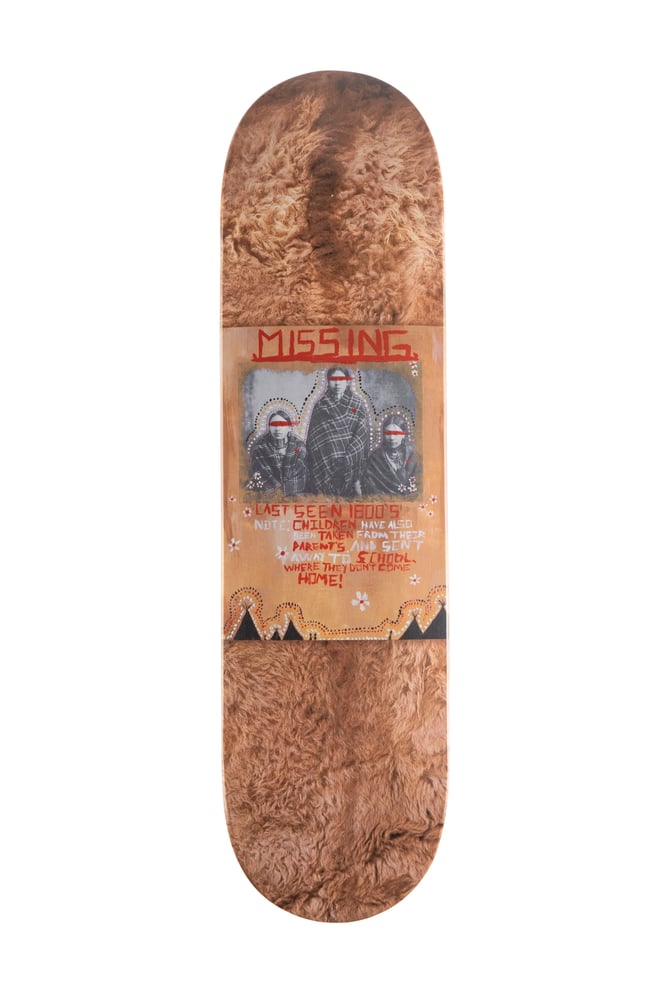