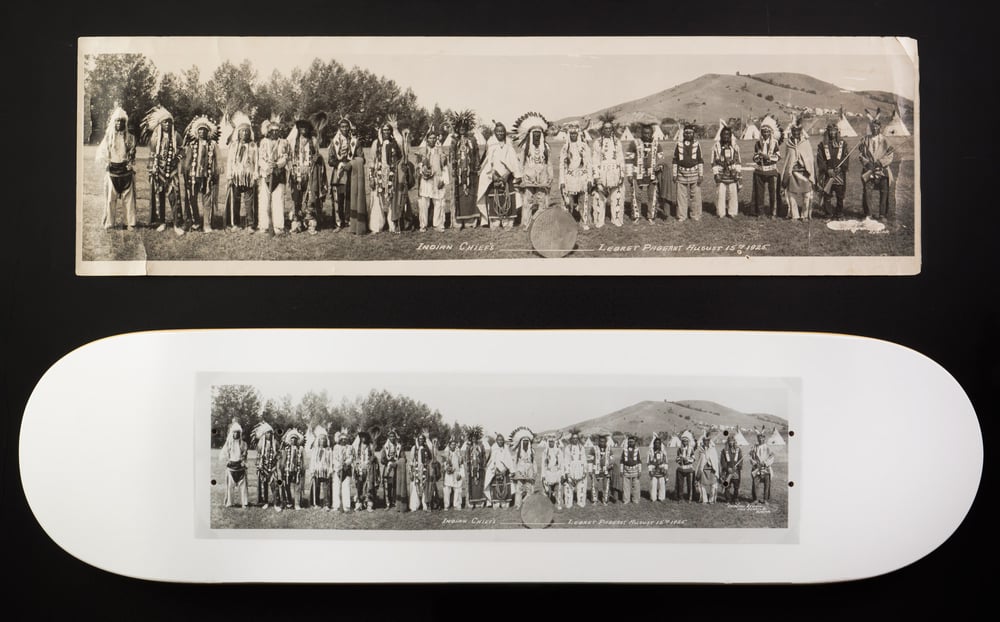 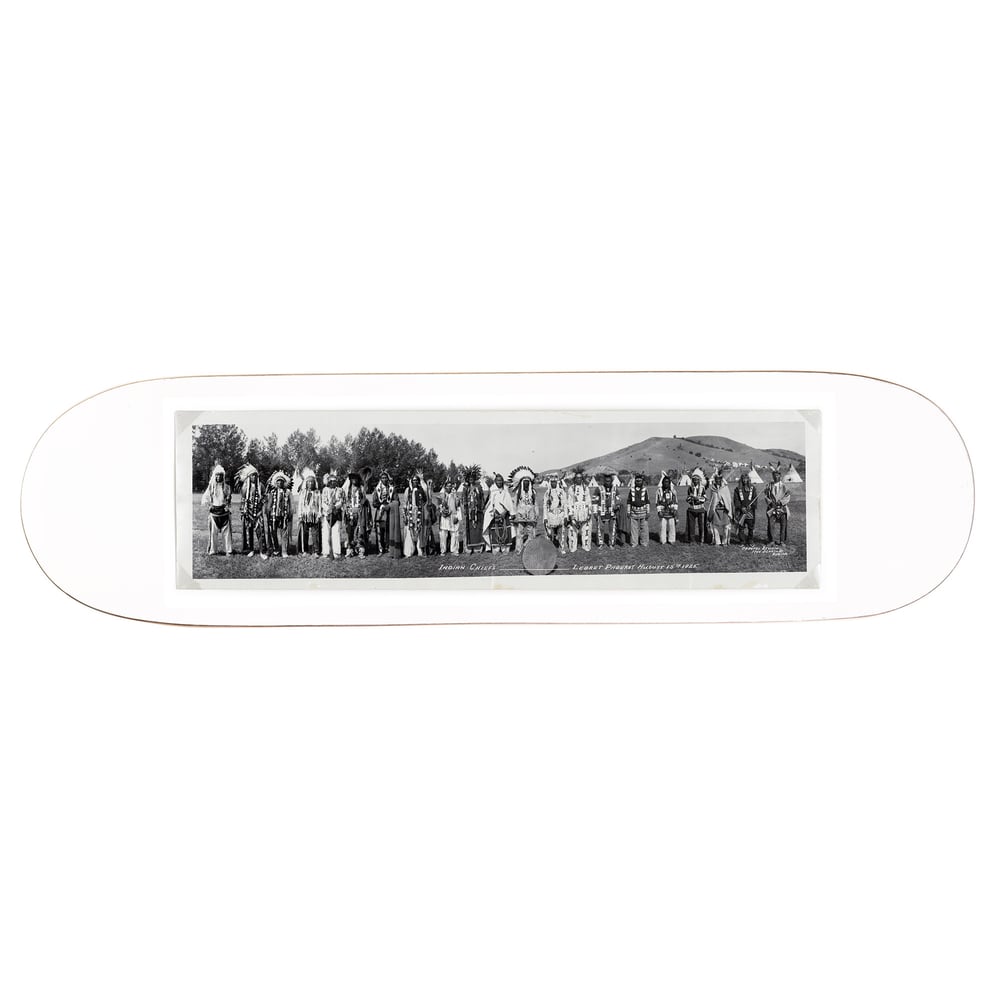 The 8th graphic to Colonialism Skateboards explores the historic Lebret Pageant of 1925. This event took place in Lebret, Saskatchewan, which was also the site of the Lebret Residential School (one of the last running in Canada). An estimated number of 3500 Indigenous peoples and 2000 non-Indigenous peoples came by train or horse from surrounding areas to participate.

There were notable Chiefs present on this day from surrounding Indigenous communities, including Chief Standing Buffalo, Chief Masqua of Piapot, Chief Echasem Gambler of Muscowpetung, Chief Wachane of Pasqua and Chief Red Dog (some of which are in the photo). Other guests included Lieutenant-Governor Newlands and Archbishop Mathieu, etc.

The photo is symbolic of the resiliency and importance of Indigenous people’s identity, culture, and traditions in Canada, but also reflects the cultural genocide and oppression against Indigenous families and communities. These colonial policies and ideologies continue to affect Indigenous peoples lives to this day.