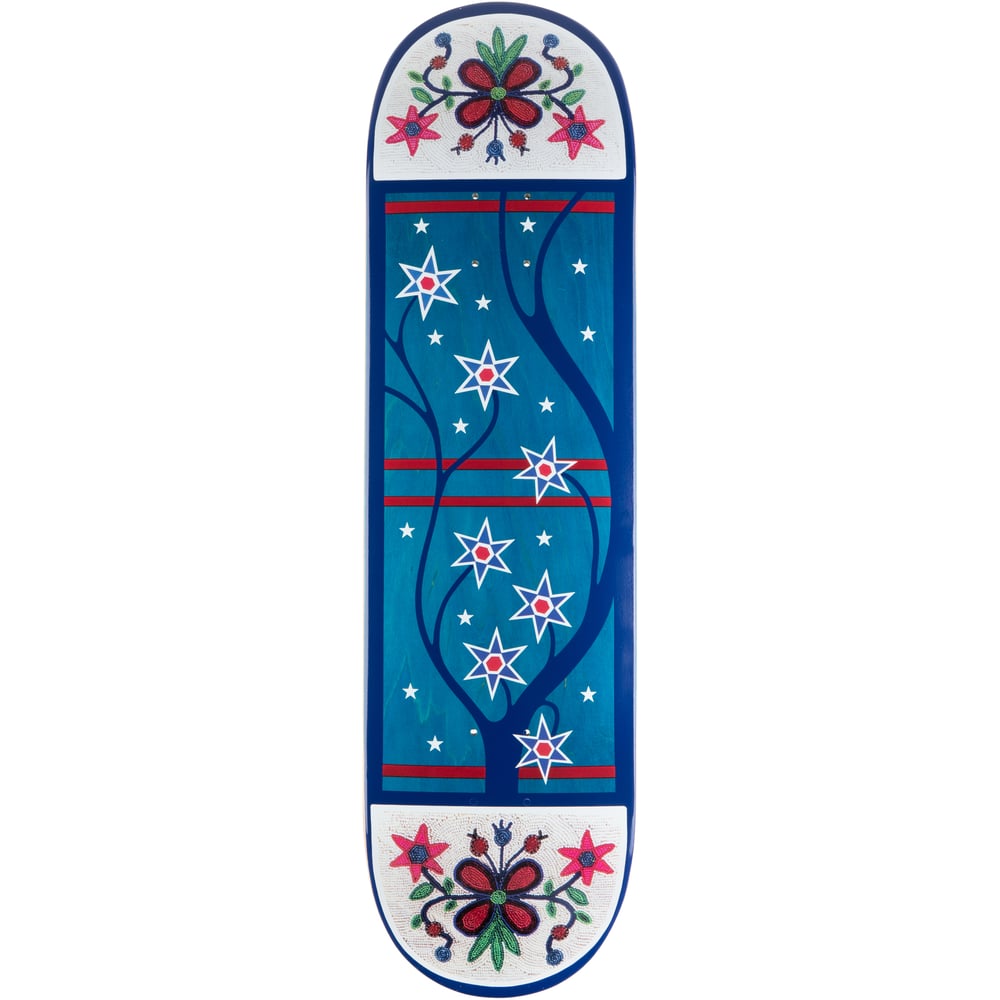 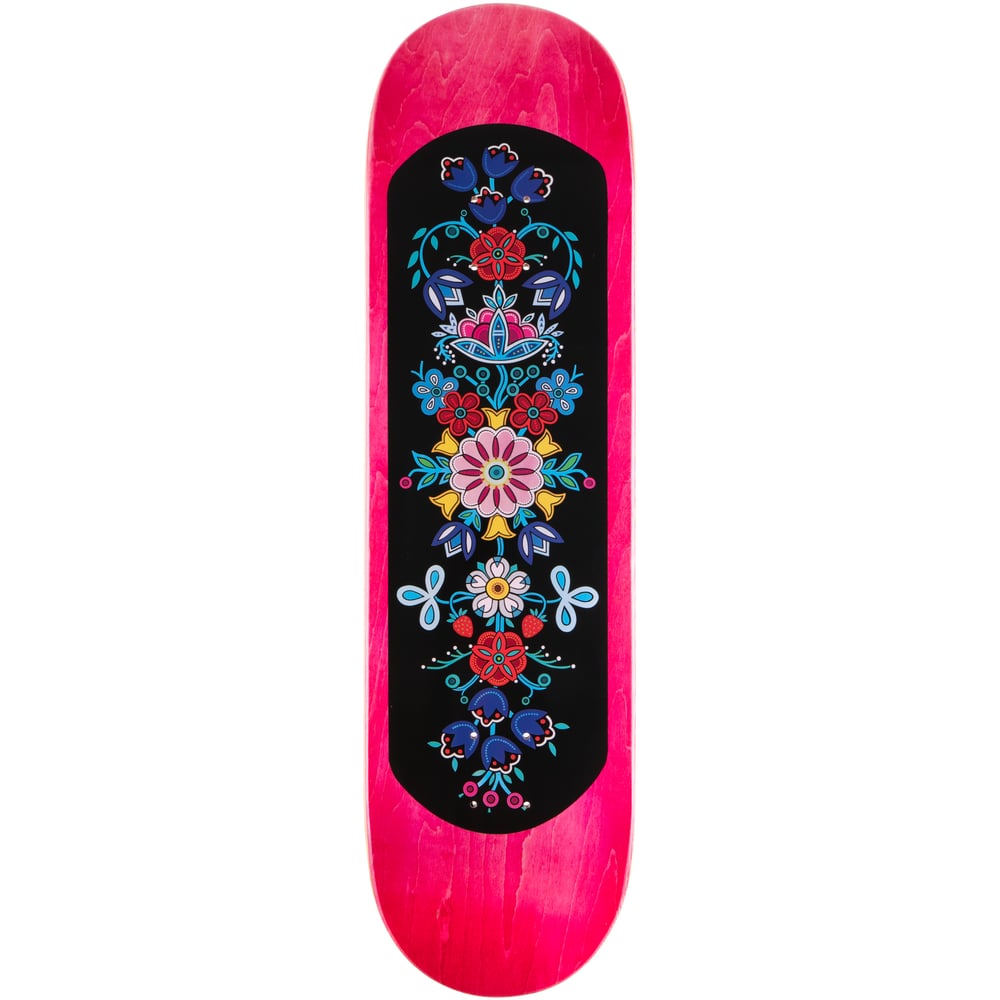 Sold Out - Have one left out of my personal collection.

In this new series, Colonialism Skateboards has collaborated with artist and author, Christi Belcourt to release three new boards under the theme “Sky, Land & Water”. Designed by Christi Belcourt.

Christi Belcourt (apihtâwikosisâniskwêw / mânitow sâkahikanihk) is a visual artist, designer, community organizer, environmentalist, social justice advocate, and avid land-based based arts and language learner. Her paintings can be found within many public and permanent collections across North America. Christi has also organized several large national community-based projects of note including Walking With Our Sisters, the Willisville Mountain Project, Nimkii Aazhibikong and various works done with Onaman Collective. Christi donates the proceeds from her collaborations and awards to Nimkii Aazhibikong, the year-round Indigenous language and traditional arts camp that she, along with a small group of people, started in 2017. In her work she is always urging viewers to connect with the earth and to radically imagine a post-colonial world wherein Mother Earth is respected and understood as a living being.

***top ply graphic may not be on these skateboards***