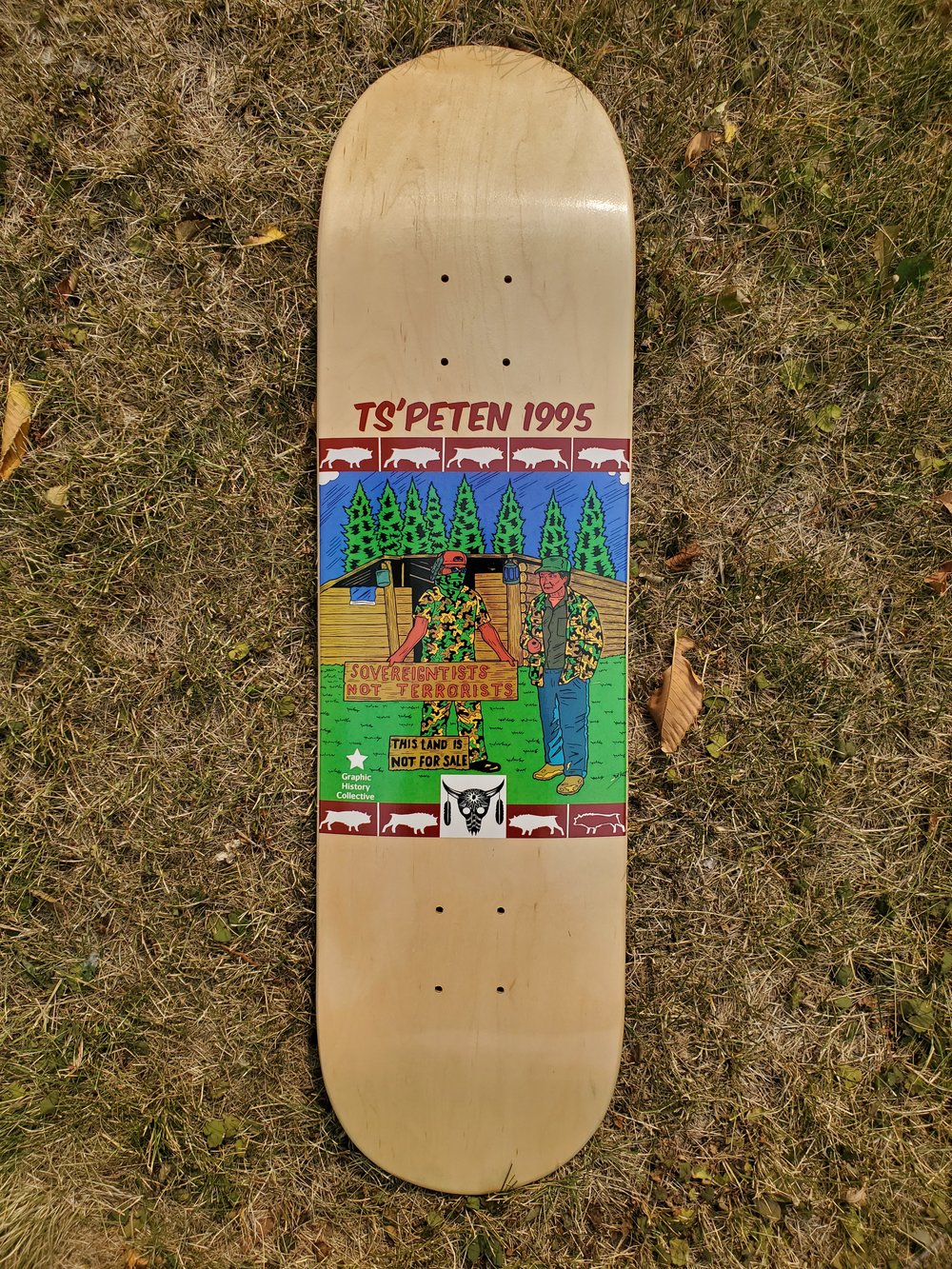 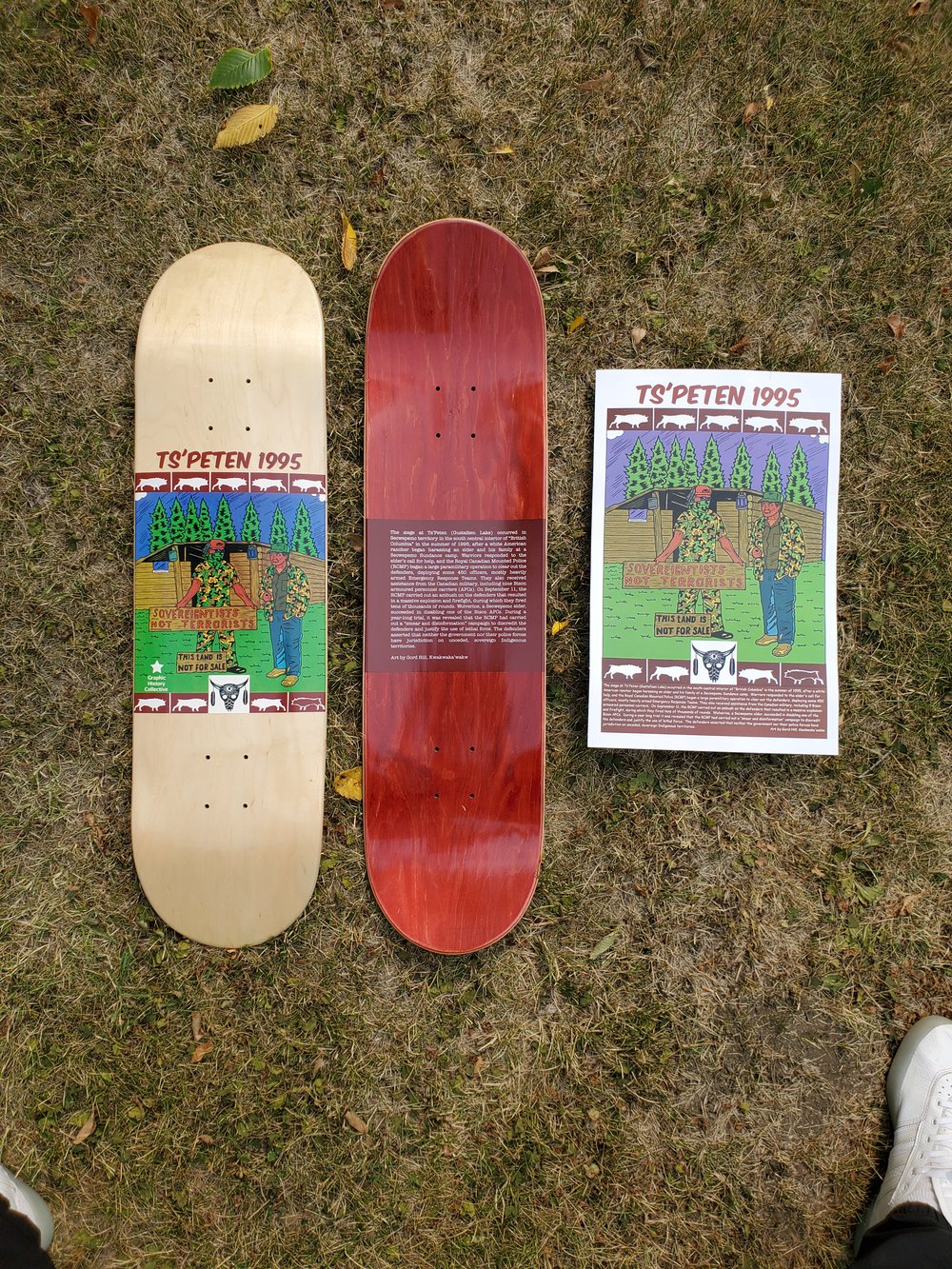 For the next graphic Colonialism Skateboards has worked with Kwakwaka’wakw artist Gord Hill and the Graphic History Collective. The collaboration highlights an important chapter in our shared history. The graphic features the Ts'Peten 1995 (Gustafsen Lake Standoff) poster with art by Gord Hill (Kwakwaka’wakw) and design by the Graphic History Collective. The poster provides a glimpse into what took place at Ts’Peten (Gustafsen Lake) in 1995.

In the graphic there is warrior holding a sign that says, “SOVEREIGNTISTS NOT TERRORISTS” and “THIS LAND IS NOT FOR SALE.” The majority of land in British Columbia is unceded with few treaties signed with the Crown. The Secwepemc land defenders at Ts’Peten were exercising their rights to their land and their territory. The BC government did not like what was unfolding at Gustafsen Lake and gave the RCMP approval to invade the territory. The RCMP sent 450 officers and their Emergency Tactical Unit. The RCMP also received help from the Canadian military and were sent nine Bison armoured personnel carriers (APCs) to help take out the land defenders. The New Democratic Party were in power at that time in BC and the government was riddled with corruption and was in dire need to get attention away from numerous scandals. After the standoff there was a year long trial and a lot of damaging information came out about the RCMP and BC government anti-Indigenous tactics.

The Ts’Peten 1995 (Gustafsen Lake Standoff) graphic by Gord Hill (Kwakwaka’wakw) is part of the Graphic History Collective's Remember/Resist/Redraw: A Radical History Poster series. You can check out Gord Hill's full poster, as well as the other radical history posters in the series, at www.graphichistorycollective.com. To help raise awareness about the 25th anniversary of Ts'Peten 1995 (Gustafsen Lake Standoff), each deck comes with a full colour poster courtesy of Gord Hill and the Graphic History Collective. You can also learn more about Gord Hill's work at: https://warriorpublications.wordpress.com/.