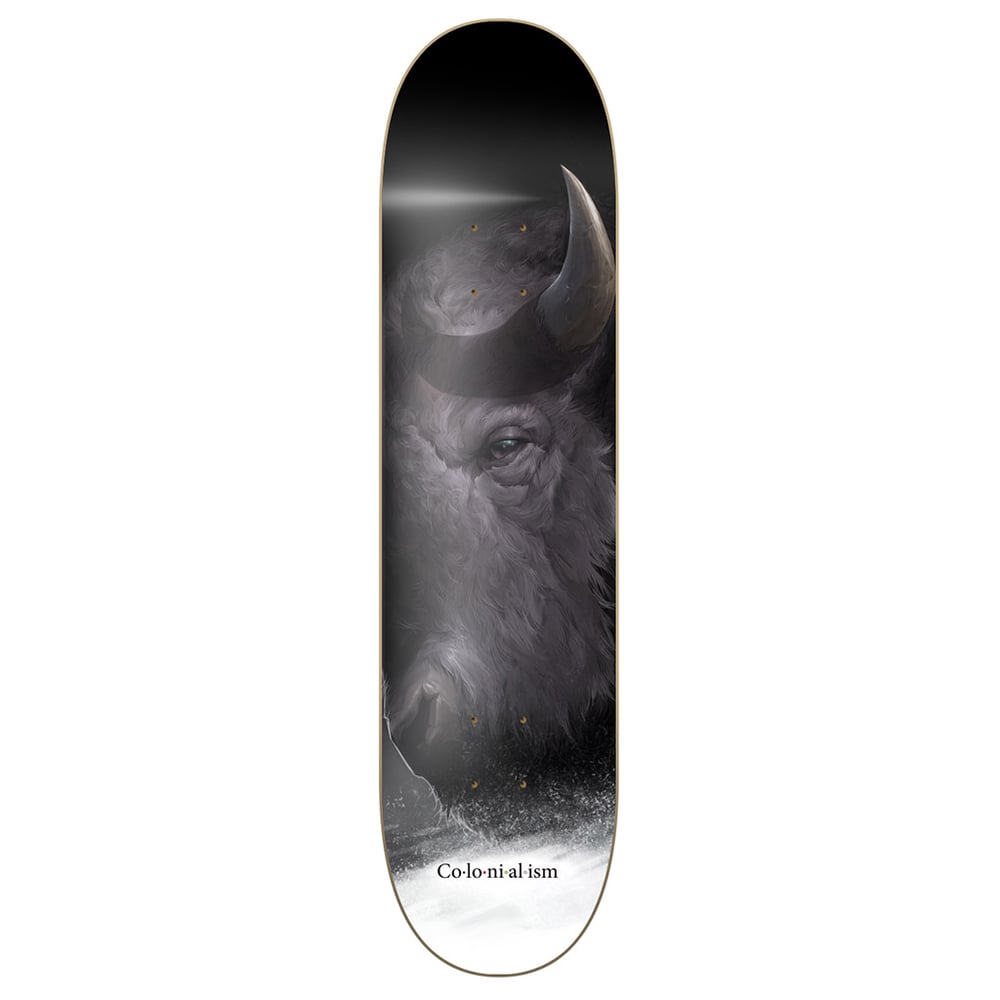 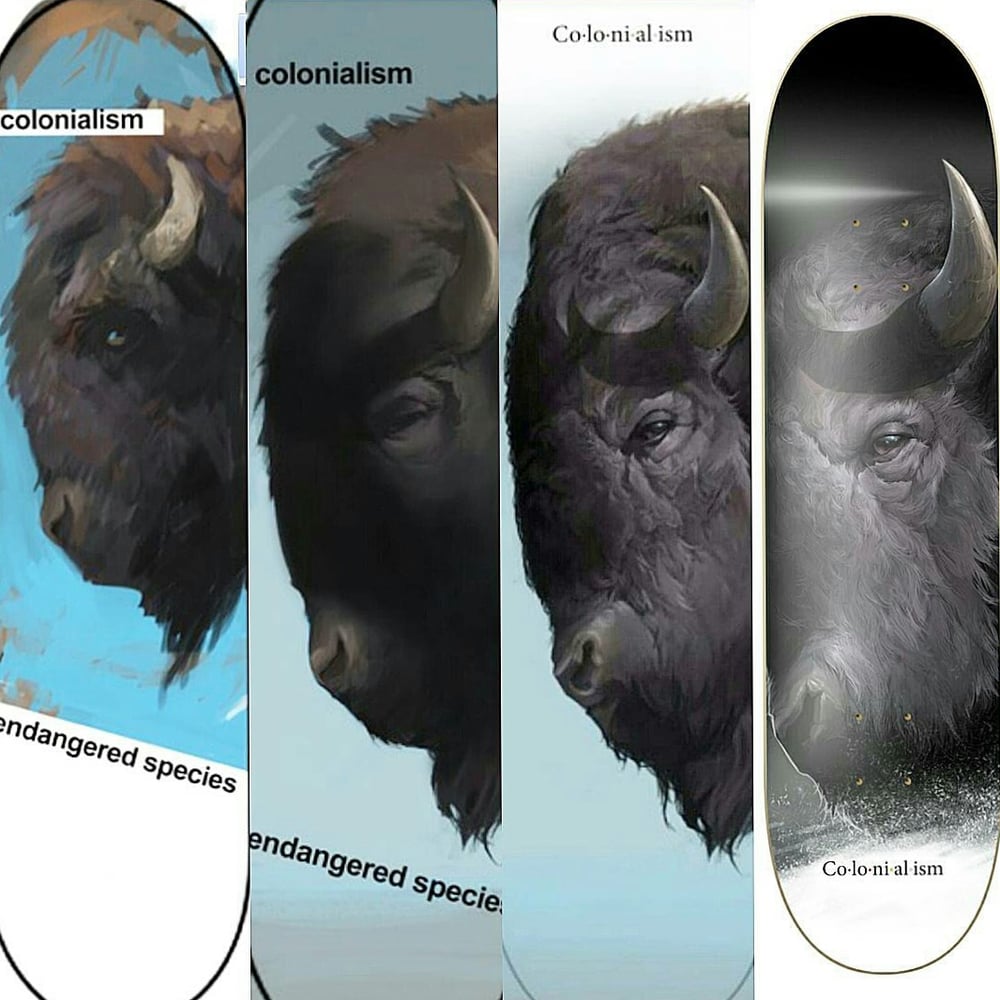 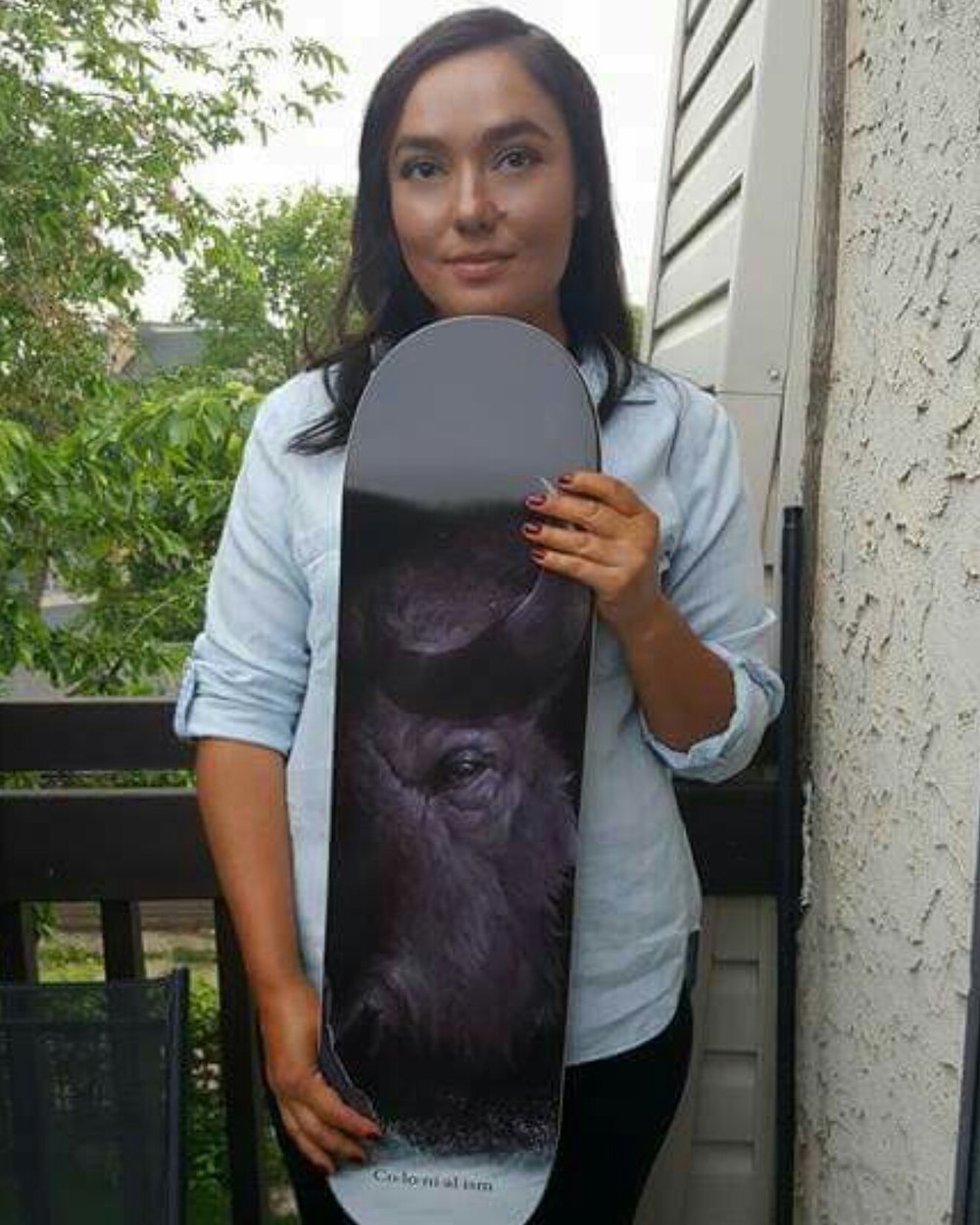 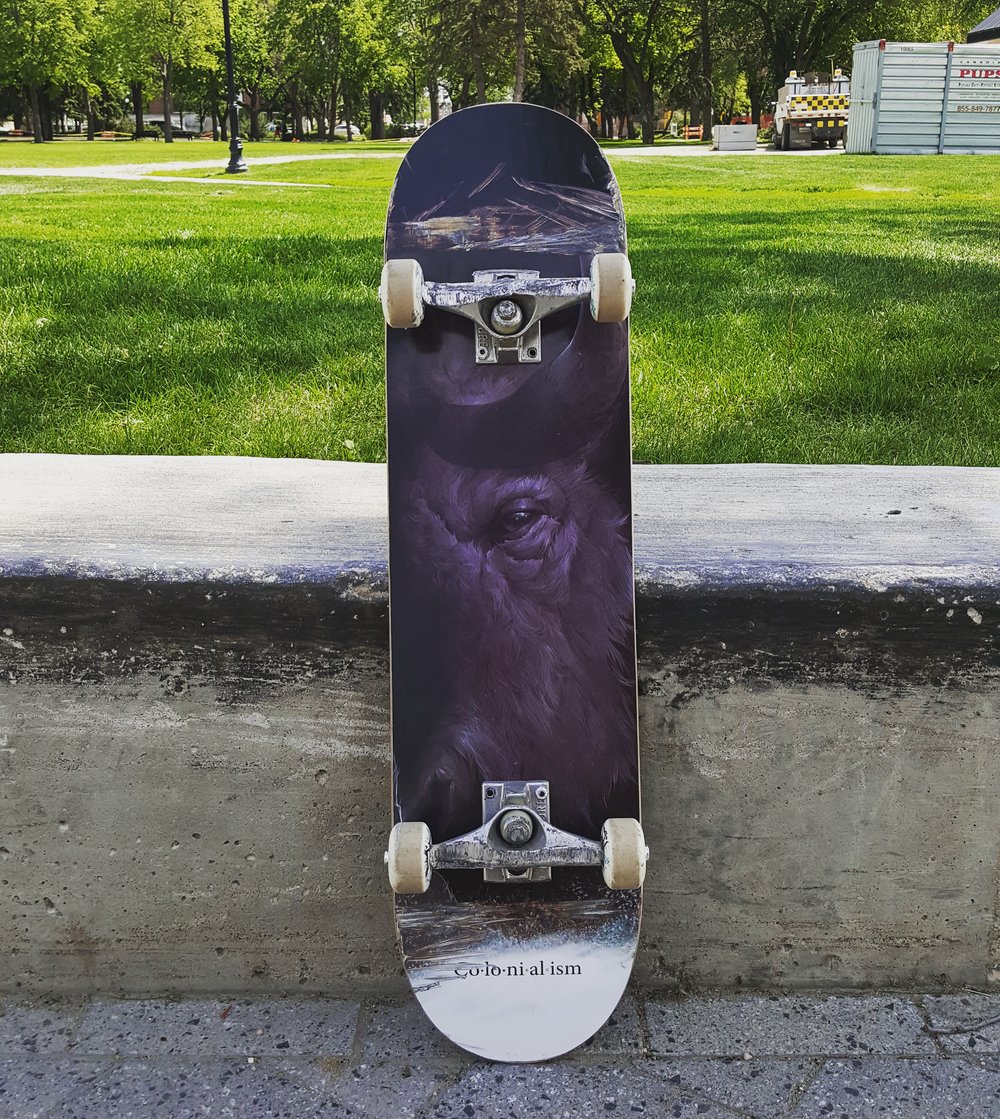 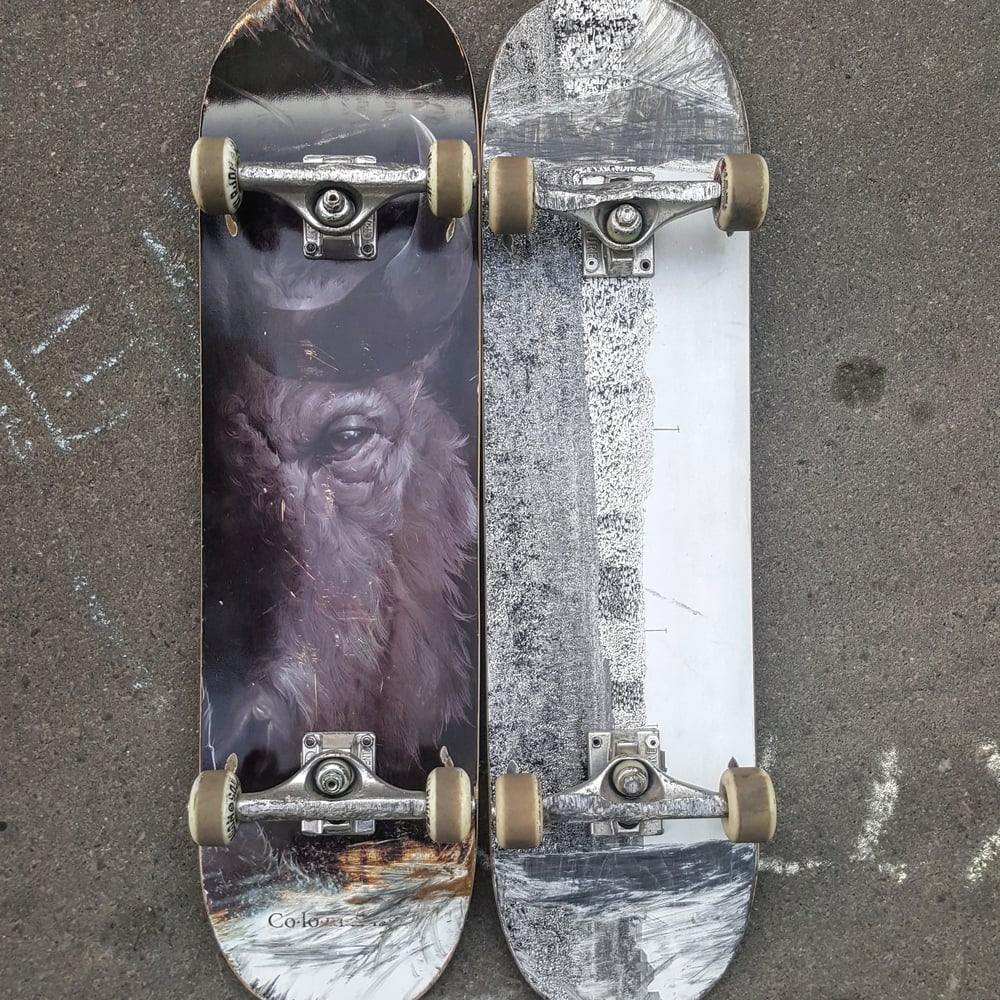 This re-issue graphic from Colonialism explores the mass extermination and near extinction of the plains buffalo – a fundamental consequence of colonization in North America, and particularly Canada. Prior to (and even after) the arrival of European settlers, Indigenous peoples largely subsisted on the buffalo, hunting them on foot with the use of spears and other handmade weapons. Indigenous peoples depended on this valuable resource for their way of life, and the buffalo evolved into an integral part of their culture. There were more than 120 uses for the buffalo and virtually every part of the animal, including the bones, were used. As generations passed, Indigenous peoples mastered their techniques, eventually killing mass quantities of buffalo in a single hunt while still maintaining healthy buffalo populations. This was the case with the ‘buffalo jump’, a communal practice through hunters would drive a herd of buffalo over a cliff, breaking their limbs and making them immobile (if not outright killing them), and immediately finish the hunt using their handmade weapons. This strategy was used for generations before European newcomers introduced hunting aids of their own – the consequences of which would prove to be disastrous.
The increasing incursion of European fur traders into 18th century North America significantly imposed upward pressure on the demand for buffalo. As an economy developed for, what was then, the foundation of plains subsistence, horses and firearms were introduced into the hunting formula. Horses afforded hunters the luxury of quick and efficient mobility, while firearms made the practice of killing game a much easier task. It was not long before the buffalo hunt had manifested itself at an industrial scale, far outstripping local demand and the ability of buffalo herds to achieve replacement fertility. And as the buffalo dwindled in numbers, the domestication of cattle and other herd animals by newcomers introduced disease to an already endangered species. More tragic in terms of illness was the impact of riding horses; coupled with increasing food scarcity, hunger, newcomer settlement, and a series of other ecological factors, travel by horse helped spread disease among otherwise healthy Indigenous communities at an unprecedented rate.
The plains buffalo were plentiful and seemingly limitless until the 19th century, where estimates were wide ranging in the millions. By the late 1870s, however, buffalo herds on the Canadian plains had vanished, ending a way of life that had existed for more than 10,000 years. In his seminal book, Clearing the Plains: Disease, Politics of Starvation, and the Loss of Indigenous Life, James Daschuk argued that, while the collapse of the buffalo herds in the latter half of the 19th century “was the greatest environmental catastrophe ever on the grasslands, it also brought a fundamental change in the power dynamic between First Nations and the Canadian state. With [the] loss of the buffalo, indigenous people lost their independence and power.” The disappearance of the buffalo and widespread famine that ensued coincided with disease epidemics on the Canadian plains. With few prospects in sight, First Nations people entered into treaties with the Canadian government as a means to secure a future without the buffalo, sacrificing their claim on all but a small fraction of land in exchange for famine and medical relief, education, health, etc. (this will be discussed further in another graphic). The state’s subsequent dishonor of these treaties – through the withholding and insufficient provision of food (among other cruel tactics) – only furthered the exposure of Indigenous peoples to disease and death, and in fact became a primary vehicle through which they were controlled by the Canadian government in the decades that followed Canada’s expansion to the west. Overall, the collapse of the buffalo herds symbolized the shift in power over land, resources, and life on the plains, from Indigenous peoples to European newcomers and their descendants, during the historical process of colonization in Canada.