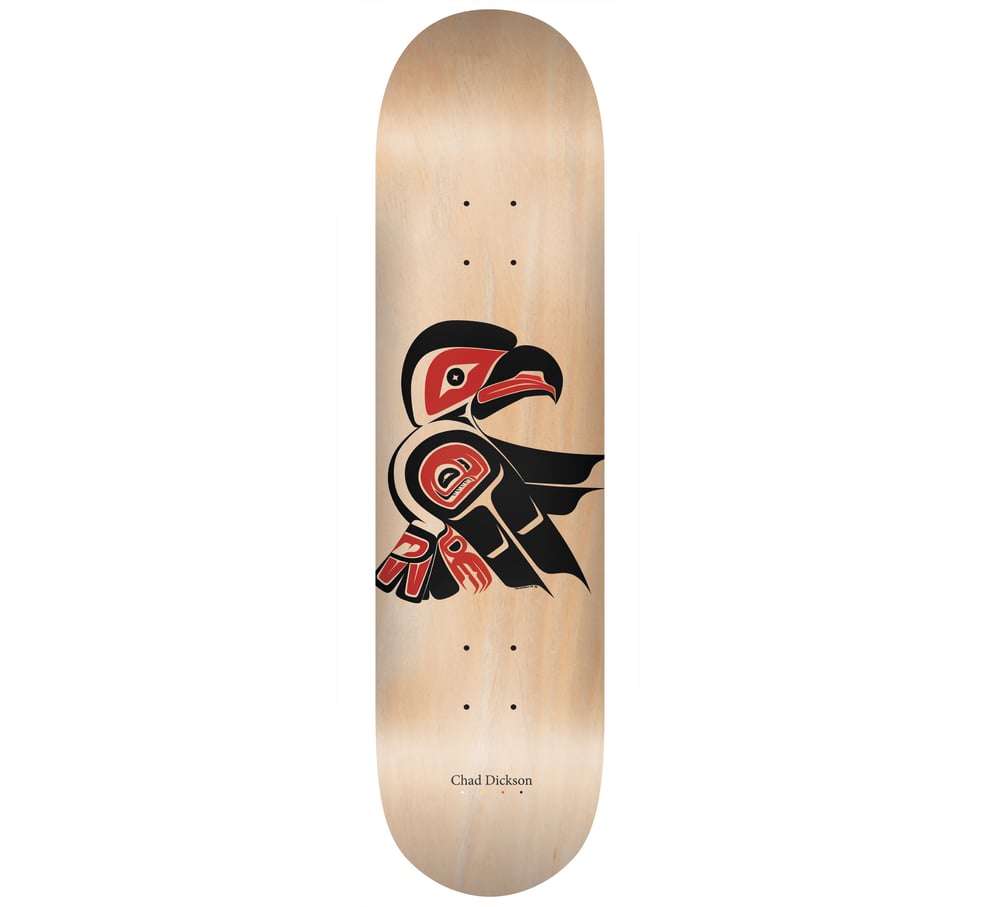 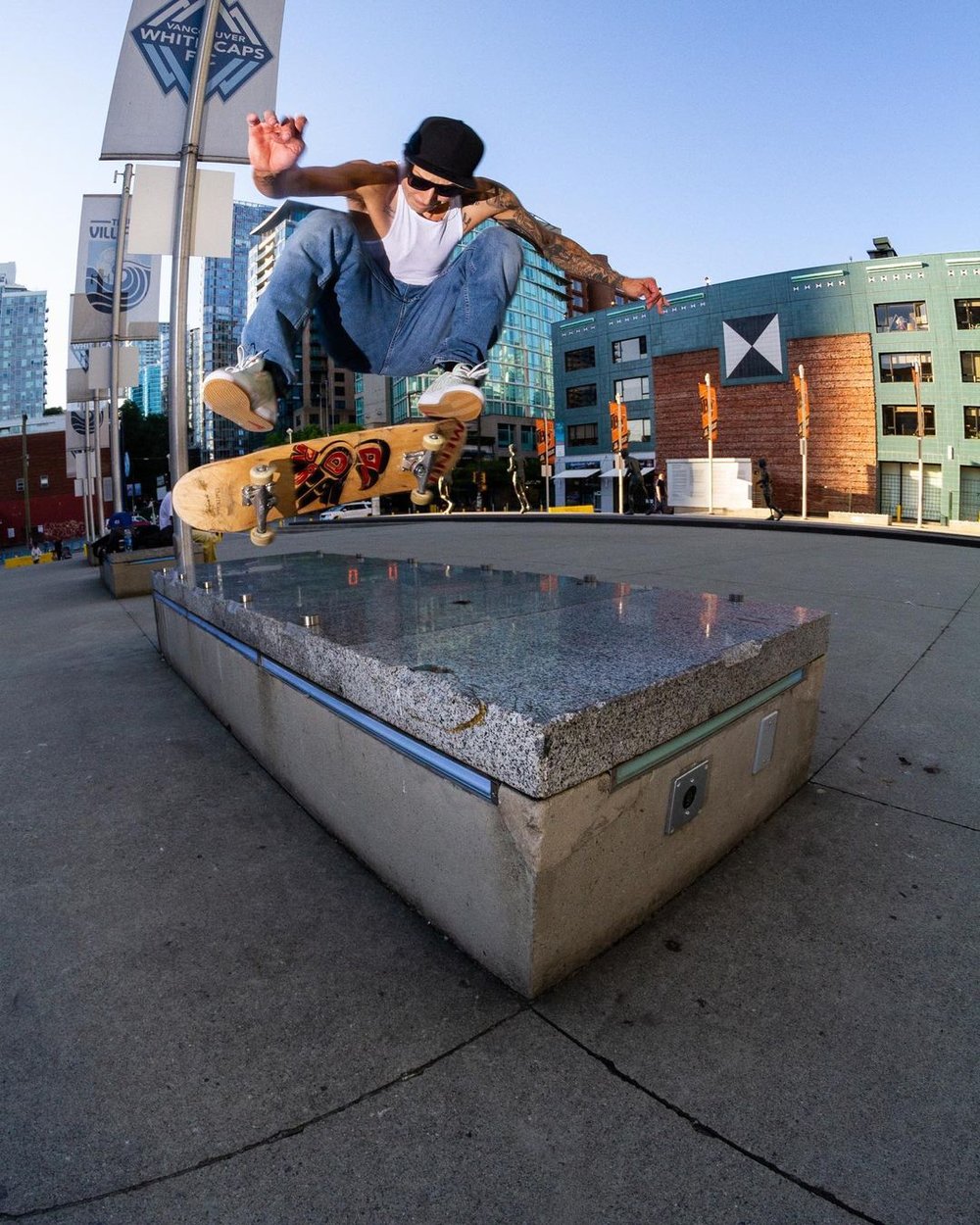 For the next pro graphic, Colonialism introduces their latest team rider, Chad Dickson. This pro graphic was created by Tom Dickson Jr., who is Chad’s uncle. Tom Dickson Jr. comes from a long line of Tlingit artists. Tlingit means “People of the Tides.” Chad’s home community is Teslin, Yukon. The Tlingit language is said to be distantly related to Eyak, which is now considered an extinct language from Alaska. His language is, “spoken in the Yukon communities of Teslin and Carcross, in the Atlin area of British Columbia, and coastal settlements stretching along the Alaskan panhandle from Yakutat to Ketchikan. Given the geographic range of the language, there is relatively little dialect diversity, and all speakers can generally understand each other” (Tlingit Translation). Chad’s language and cultural traditions are passed down from Elders within his community through harvesting camps, ceremonies and cultural events.

There are five clans in Teslin Tlingit

Chad comes from the Dakl’awedi (Eagle) clan. According to Tlingit Translation, clan membership is based on traditional practices and each clan will determine its members. Chad’s people are Inland Tlingit, who originally came from the Southeastern part of Alaska to the interior part of the Yukon. Teslin Tlingit people permanently settled where they are now when the Alaska Highway was completed in 1942. However, Tlingit Translation says, oral knowledge from Elders has suggested that Tlingit people living in the Yukon date farther back than what has been written in history. His people traditionally would travel throughout the year to different parts of their territory for hunting and fishing seasons. They would set up camp in a specific area for a particular season and have been doing this since time immemorial.

Chad Dickson grew up skateboarding in London, Ontario before coming back home out to the West. It is an honor to work with and have Chad ride and support the company. Colonialism Skateboards support all skateboarders in their pursuit to better themselves mentally, physically, emotionally, and spiritually.

About Us - Tlingit Translation. About Us: Teslin Tlingit Council. (n.d.). Retrieved from https://www.ttc-teslin.com/government/about-us

McClellan, C. (2019). Tlingit. In The Canadian Encyclopedia. Retrieved from https://www.thecanadianencyclopedia.ca/en/article/inland-tlingit