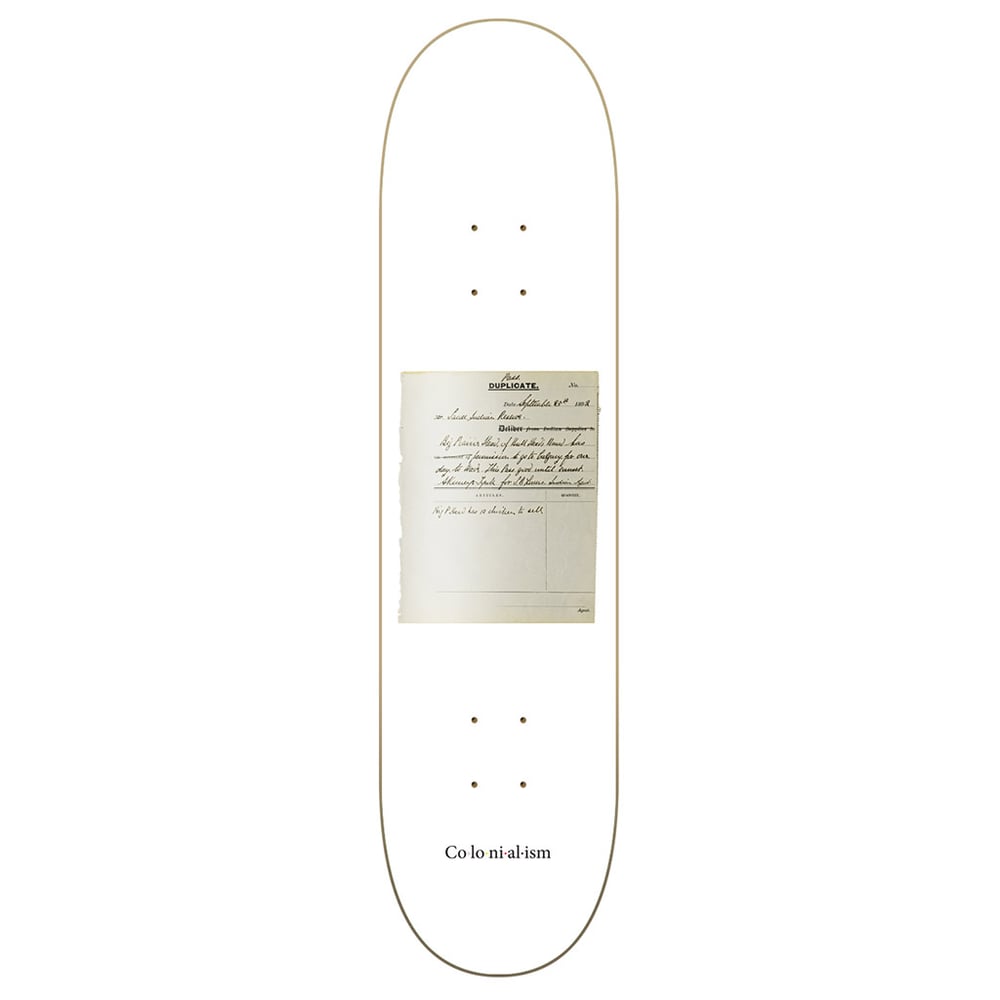 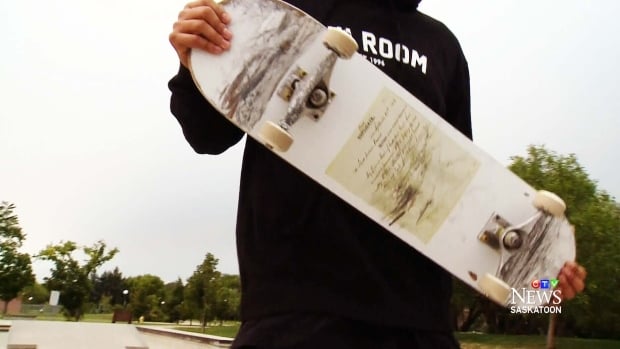 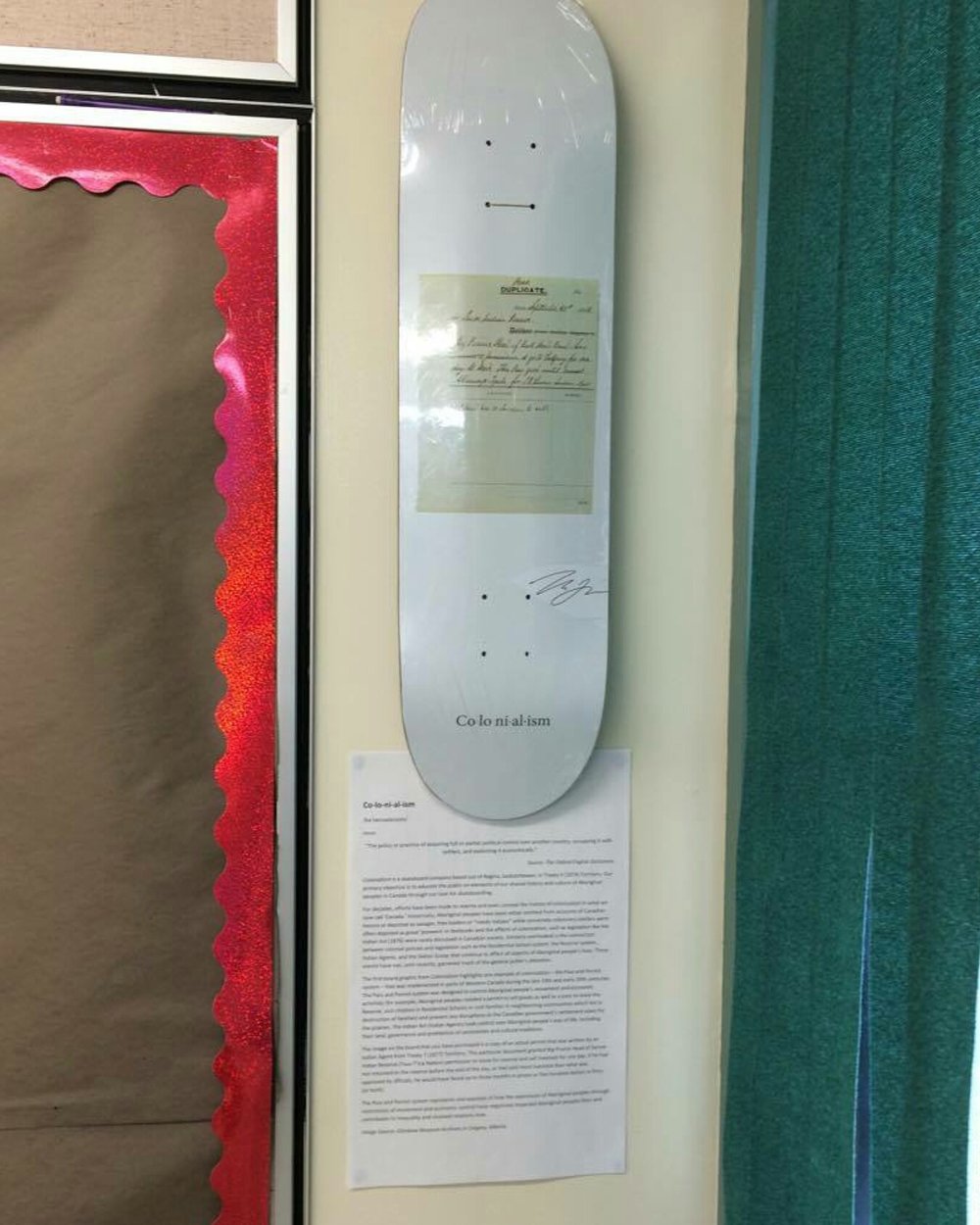 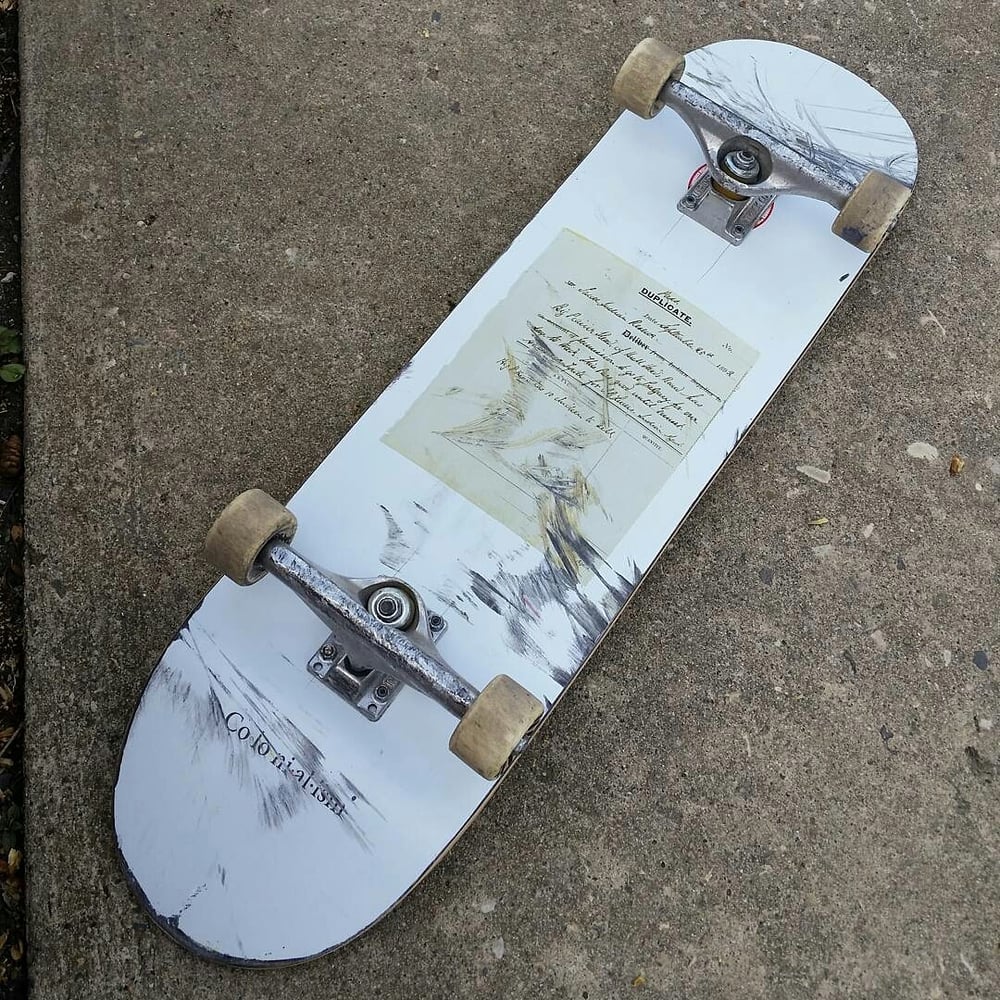 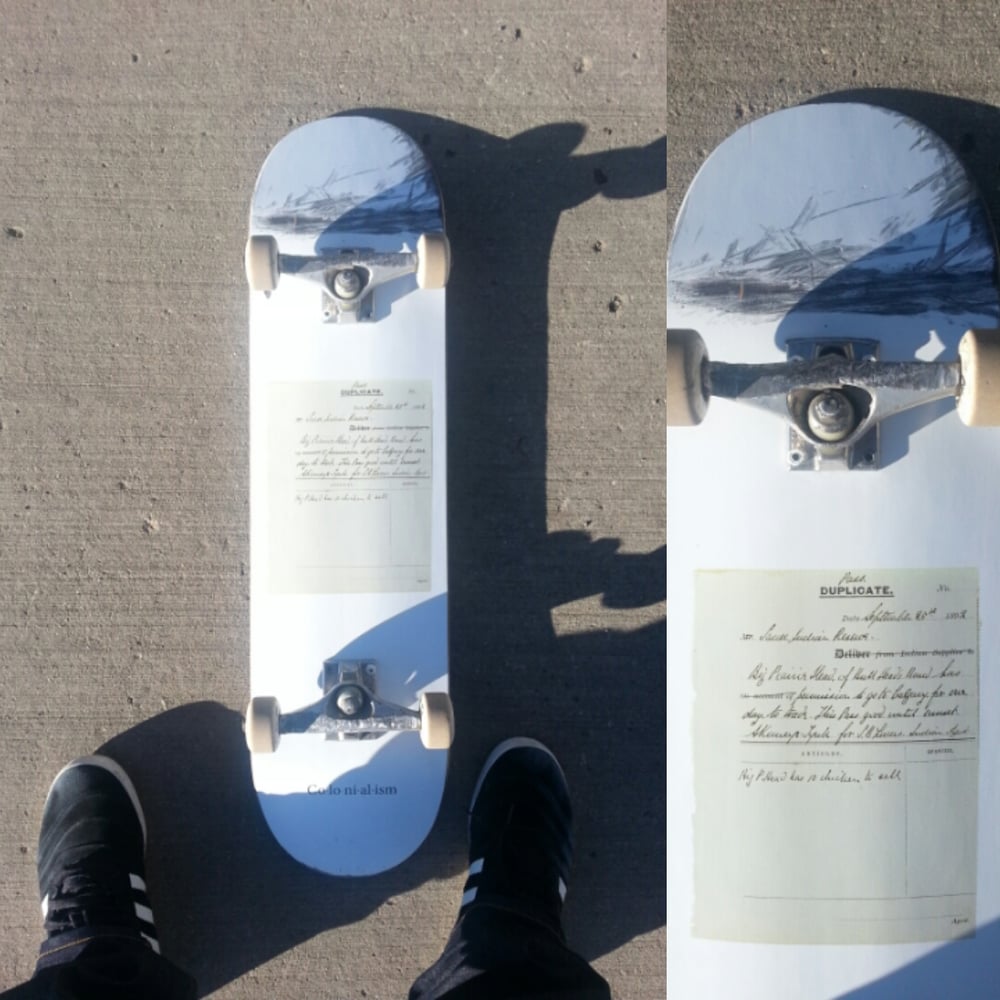 The first board graphic from Colonialism highlights one example of colonization – the Pass and Permit system – that was implemented in parts of Western Canada during the late 19th and early 20th centuries. The Pass and Permit system was designed to control Aboriginal people’s movement and economic activities (for example, Aboriginal peoples needed a permit to sell goods as well as a pass to leave the Reserve, visit children in Residential Schools or visit families in neighbouring communities which led to destruction of families) and prevent any disruptions to the Canadian government’s settlement plans for the prairies. The Indian Act (Indian Agents) took control over Aboriginal people’s way of life, including their land, governance and prohibition of ceremonies and cultural traditions.

The image on the board that you have purchased is a copy of an actual permit that was written by an Indian Agent from Treaty 7 (1877) Territory. This particular document granted Big Prairie Head of Sarcee Indian Reserve (Tsuu T’ina Nation) permission to leave his reserve and sell livestock for one day. If he had not returned to the reserve before the end of the day, or had sold more livestock than what was approved by officials, he would have faced up to three months in prison or five hundred dollars in fines (or both).